In the latter months of 2007 the Vice Chairman of the Bath Phil Orchestra made contact through the office of the Mayor of Bath seeking a music link with Kaposvár. Gábor Kerényi the conductor of Kaposvár Philharmonia responded enthusiastically and from these humble beginnings the BKTA entered a life changing experience.

In 2008 the Bath Phil submitted a proposal to the Mayor’s Office that secured a grant for the conductor, Jason Thornton with Julie Payne to run a series of music exchange sessions in Kaposvár involving two schools; one of which with the aid of Soundbeam focused on students with special education needs.

Later in the year two Kaposvár music students arrived in Bath – Anikó Kovács and Balázs Hornyák. Under Jason’s baton they took part with three local secondary schools, Hayesfield and Chew Valley to compose a piano concerto in six days ready for public performance at the November Bath MozartFest. It was given a rapturous reception, consolidated the BKTA music exchange link and ushered a start of fund raising for ‘Soundbeam in Kaposvár’. 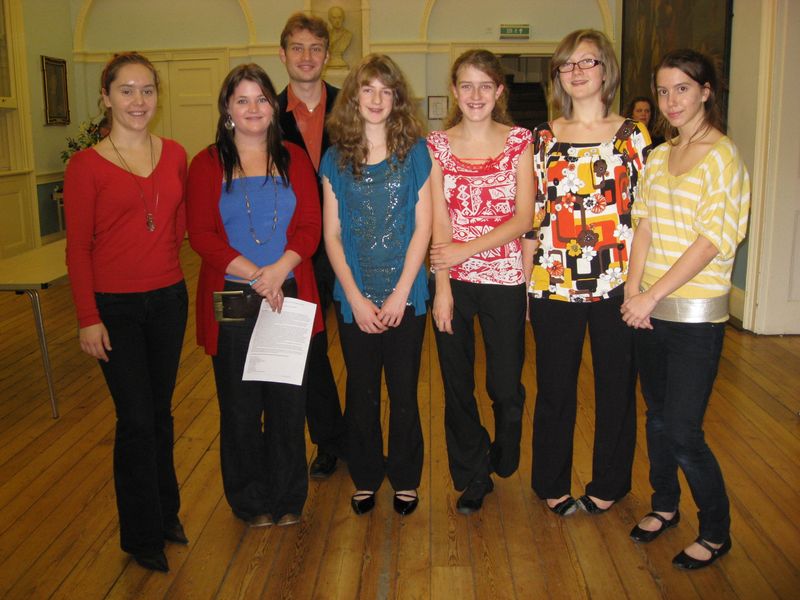 Aniko and Balázs with the musicians from Haysfield Girls School 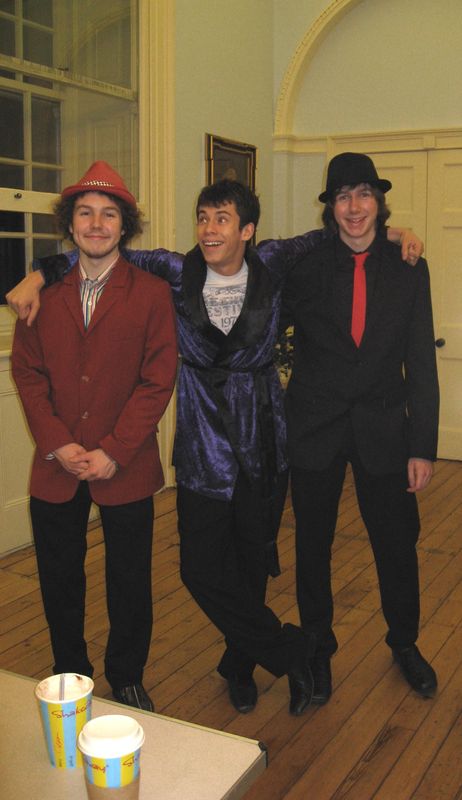 Soundbeam is a device which uses sensor technology to translate body movements into digitally generated sounds and images. It provides a medium through which even profoundly physically or learning impaired children/adults can become expressive and communicative by making sound and music. It is a product with a proven track record and is used by Bath Phil and by the Three Ways Bath School. A unique creative tool applicable to those involved with the performing arts, education and health therapy. It is used in music departments of other organisations dedicated to encouraging people of all ages with special educational needs to enjoy music making and performance. A Bristol designed product. (www.soundbeam.co.uk)

Jason’s Kaposvár demonstration caught the imagination of the City Council with the Mayor, Sita Károly deciding to put aside in the 2009 budget, 750,000HUF to buy a Soundbeam. The BKTA with Bath Phil dedicating their 2009/10 concert programme raised £3200 to match Kaposvár’s commitment. It allowed the training programme to be planned and prescribe a higher Soundbeam specification than originally intended.

The Kaposvár Lion’s Club contract to manage the use of Soundbeam in Kaposvár, the on-going maintenance of the equipment and to keep the BKTA updated via Kaposvár’s International Office was also agreed. At a BKTA February reception given for the Mayor of Kaposvár in Bath, Szita Károly said “that he saw Soundbeam as an outstanding example of twinning between our cities for the benefit of the people of Kaposvár”. 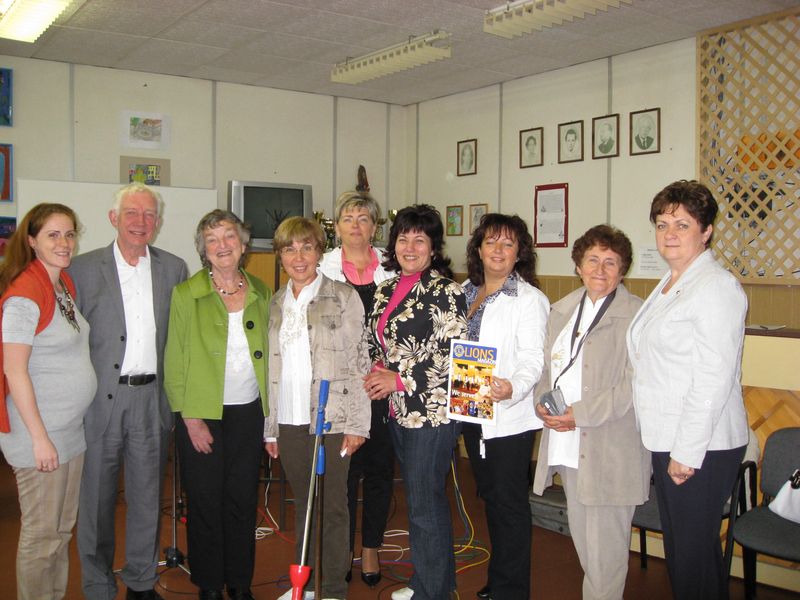 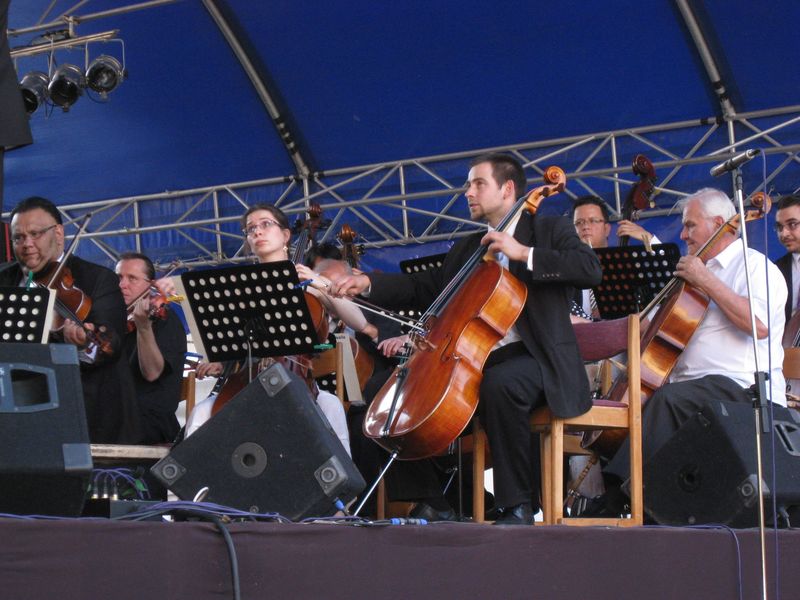 The opening concert in Kossuth Square

At the May 2010 four day Painters’ Festival, Károly Szita, the Mayor, opened the Festival with an open-air concert in Kossuth Square. Gábor Kerényi, the conductor of Kaposvár’s Philharmonia Orchestra invited Jason Thornton to conduct, a gesture of mutual respect and recognition of the effort given by all parties to project – ‘Soundbeam in Kaposvár’. 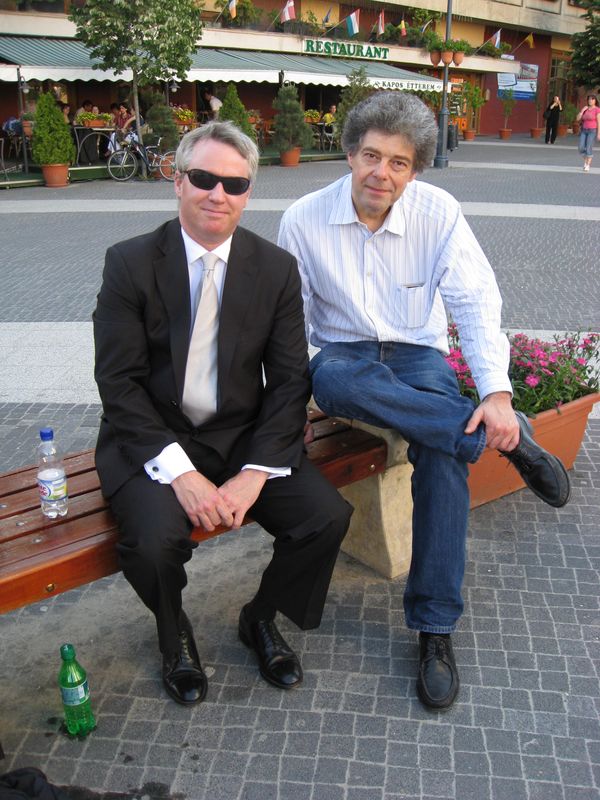 The following days saw successful culmination of the largest and most complex BKTA project ‘Soundbeam’. Jason Thornton, the Kaposvár City Council, the Lions Club of Kaposvár and Zsuzsa Jenkins, the BKTA lead member saw how with skill, patience and the odd frustration did eventually bring celebration. The training sessions at the Bárczi Special Educational Needs School with Jason, Charles Groves, Aniko Kovács and Balazs Hornyák, the nine teachers and the young people were inspiring. The Mayor of Kaposvár attended and it could be seen he realised the City’s investment had been the right decision. 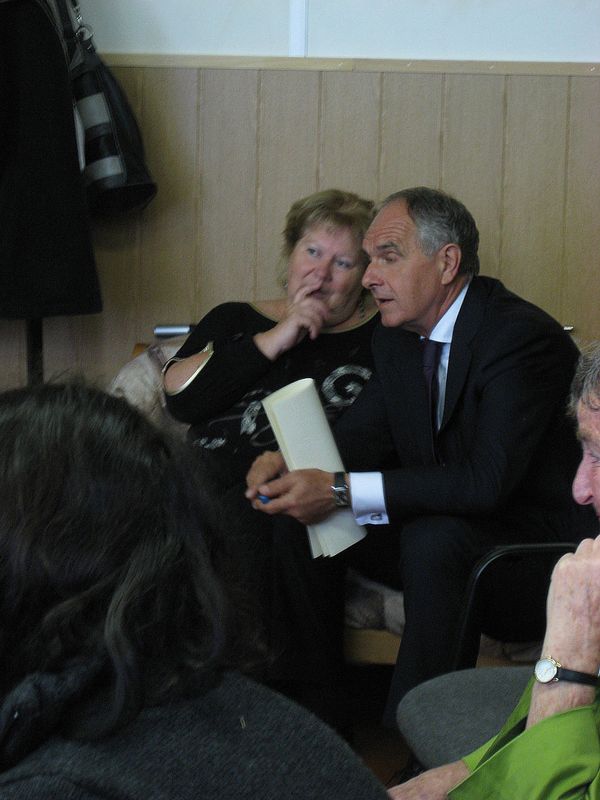 The Mayor of Kaposvár Károly Szita 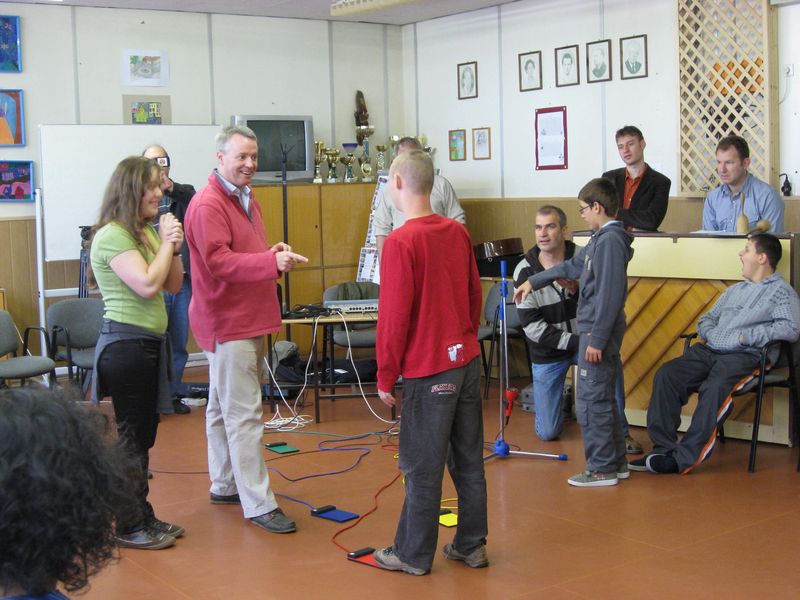 The fund raising in the past year with Jason devoting four concerts and members capturing donations in Bath, Bristol and Wells, plus the BKTA fund raising events and our substantial donation enabled the intensive training of teachers on how to use Soundbeam to happen.

In October 2012 Peter with Kinga Futo and Ani Pytel witnessed the dedication of the Bárczi School for Special Needs and the role played by Soundbeam.

The sessions were a revelation and showed the professional patience of the staff that encouraged students from across a range of age groups to learn and to participate in an education programme directed at achieving a quality of life for each of them. 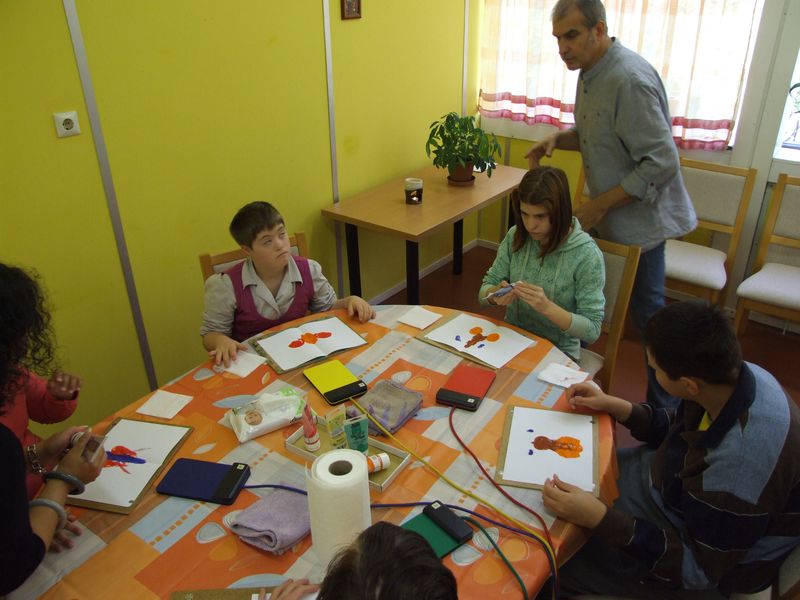 The Soundbeam technology gave students a chance to respond and engage through their learning experiences. It became clear that if more foot/hand sensors could be obtained; Bárczi would be able to give more in-depth help to each student. 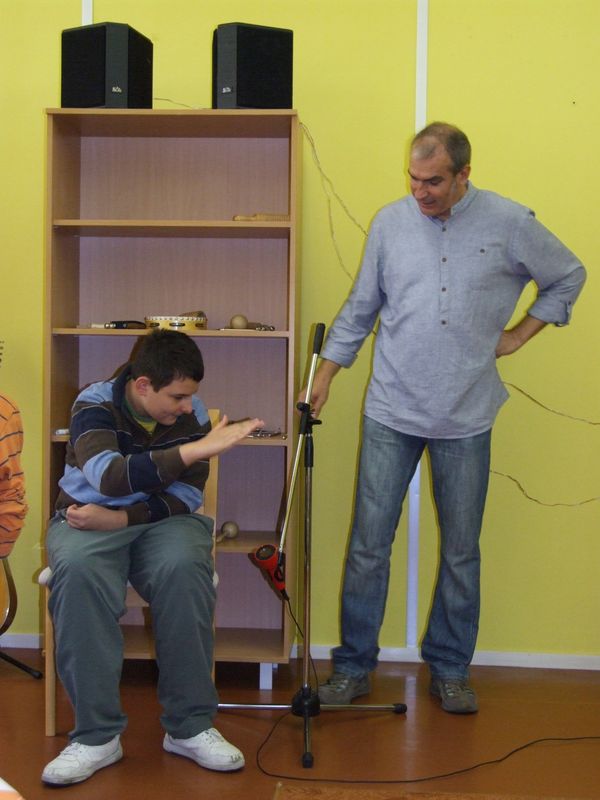 A link with the B&NES Three Ways School for Special Needs might assist and allow shared experiences to develop for mutual benefit. The Kaposvár Lion’s Club is active and if a vitual liaison between Three Ways and Bárczi Schools came about, a Lions’s led funding effort would more than likely materialise.

It is intended to re-activate Soundbeam despite limited BKTA member time resources at present. If you can help in any way, do contact and discuss any time you can give to aid the children and older students from both twinned cities.