The County of Somogy and its seat, Kaposvár are situated amid the hills of South Transdanubia, enclosed by the river Dráva and the Lake Balaton. Tourists will be fascinated by various historical monuments and the ethnographic and natural values of the county. Tourist attractions of the county are complemented by the colourful cultural life of Kaposvar, along with various leisure activities offering a wide range of programmes for everyone.

The development of the town centre started during the second half of the 19th century and was completed by the first decades of the 20th century. Houses were built in eclectic style and Art Nouveau. Although not of high architectural value, the city centre reflects a special atmosphere: citizens of Kaposvár are truly proud of the high street lined with different species of trees and the recently rebuilt Kossuth Square, where the chiming clocks of the Town Hall are echoed amongst many spectacular fountains.

The city’s population of 76,000 are proud of their cultural and artistic heritage. The world re-nowned Hungarian painter József Rippl-Rónai (1861-1927) was born in Kaposvár and the sports arena has provided a number of world and Olympic champions for Hungary. Kaposvar, like Bath is a City of Festivals and other cultural events that are founded upon local customs and traditions. The city of the Millennium is represented by its ever growing collections, traditional cultural programmes and fine art exhibitions.

The villa of the painter Jozsef Rippl-Rónai is situated on the Róma Hill. Rippl-Ronai bought it in 1908 and lived there till his death in 1927. The museum – furnished with the artist’s original furniture and more than ninety works of art – gives a wonderful insight into the painting periods of the artist. 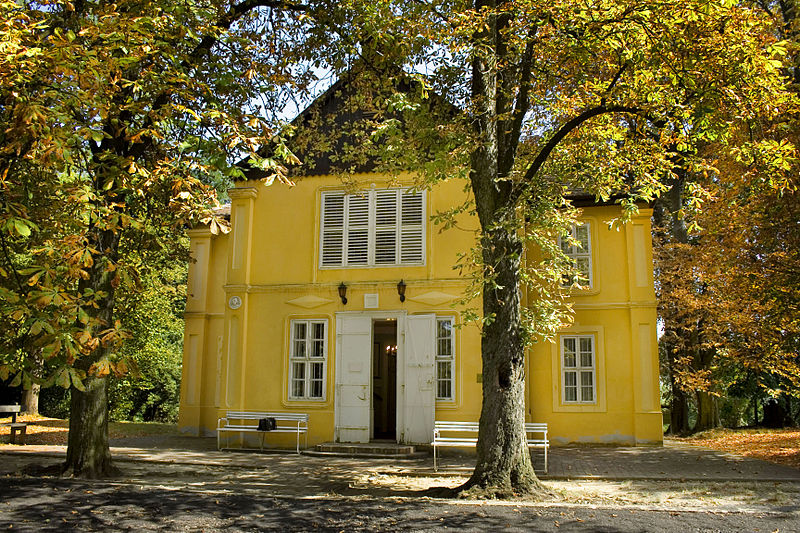 Along the local museums and galleries some private collections are of real interest. József Steiner’s unique collection of stoves, sinks and other objects for personal use, all made of cast iron and the Museum of Minerals, exhibiting some 3000 minerals from the five continents of the world are both well worth a visit.

Since the 1960’s, Dorottya’s (Dorothy) nameday has been the traditional carnival time in Kaposvár. On the first Saturday of February, the Prince of Carnival with his prominent guests and party arrive at the town to open the cultural festival of Carnival Days.
In the middle of March for a fortnight the Kaposvár Spring Festival offers a great selection of programmes including concerts, theatre performances and fine art exhibitions.
On the third weekend of May the Festival “Town of Painters” evokes the period of Rippl-Rónai and Vaszary with a procession of dressed-up participants. The colourful string of events include stage performances as well as an art and craft street sale and exhibitions of contemporary fine and applied arts.
From June till August the open-air performances of Szentjakab Summer Nights take place in the 1000-year-old truly magnificent ruins of the Benedictine Abbey. In autumn, the grape ripens on the southern slopes of the neighbouring hills thus marking the beginning of a joyous harvest period linked with colourful events.

For those willing to immerse in particular fields of study, the Kaposvar University provides spectacular educational facilities with high-standard laboratories, research facilities with student-friendly environment of parks that provide pleasant atmosphere and are enjoyable both for students and teaching staff as well as researchers. 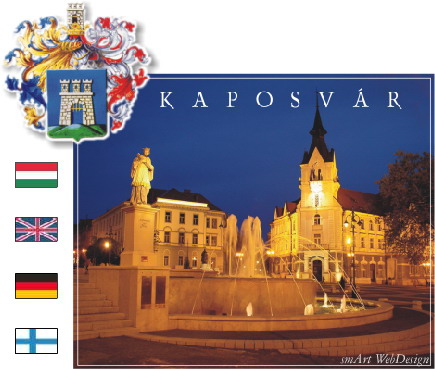 The University was established in year 2000 with four faculties – the Faculties of Animal and Economic Sciences, the Faculty of Pedagogy and the Faculty of Arts. It offers study programmes supporting students’ career development ranging from vocational higher educational programmes through BSc (BA) and MSc (MA) to PhD programmes.
In addition to undergraduate and postgraduate education there is a wide range of possibilities to complete courses of different length and content, including vocational higher educational courses, ensuring the possibility of Lifelong Learning at the University of Kaposvár.
The Health Sciences Center and the Feed Crops Research Institute in Iregszemcse belong to the university as well.

The Open Air Ethnographic Museum – the first to be awarded the Europa Nostra prize in Hungary – is situated in Szenna, a village on the outskirt of Kaposvár. The collection of half-timbered homes and farm-buildings from the area of Inner-Somogy and Zselic, as well as articles for personal use show the life of Somogy peasants of the 19th century. The Calvinist Church, built in Baroque style in 1785 boasts a painted panelled ceiling and is one of Hungary’s most beautiful historic buildings. Visitors of the village museum will get an insight into folk customs and handcraft traditions.

There is also an Equestrian Academy with the facility of the largest covered equestrian hall in Middle Europe. Apart from hosting numerous national and international races this is also the only Equestrian Academy in Europe where hydrotherapy is used to treat horses.

Animal breeding and shepherding have a long tradition in Zselic. The patterns of shepherds’ carvings are evoked in the works of today’s craftsmen. Potters, woodcarvers and weavers represent a traditional, yet renewed world of colours and patterns. Not only will visitors get an insight into their work but they can also try themselves at these traditional crafts.

Visitors on short walks or long hike trips along the footpaths around Kaposvar can take a well deserved rest in hunting lodges, at a fishing-place or in a shelter-hut. While enjoying a magnificent view over the hills they can sample delicious Hungarian food cooked on open fire and wash it down with Hungarian wine of the region. An experience not to be forgotten!