The connection started in 2007 when a generous invitation given by Jean Whitley- Smyth, a BKTA/Bath Society of Artists’ member for three KaposART Artists to come and show their work at the 102nd Annual Bath Society’s Exhibition at the Victoria Gallery. 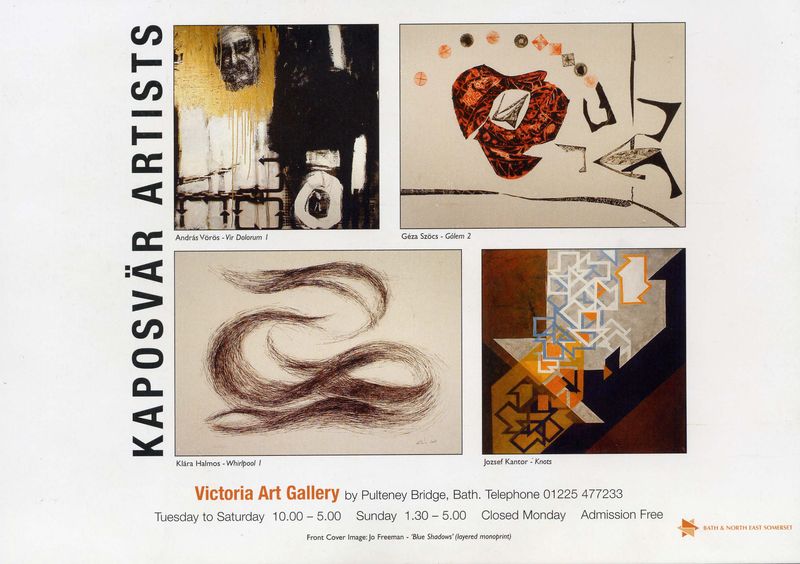 The Bath Society generously gave prominent hanging space and the June private view created a lot of press interest in the work shown by the KaposART artists. Two works were sold, one by András Vörös (President) and the other by Klára Halmos (Secretary). The Mayor of Bath’s civic reception for the Hungarian and Bath artists with the hospitality given by the Bath Society sealed the success of this first link with KaposART.

KaposART followed up the Bath Society of Artisits’ Victoria Gallery show in 2009 by inviting six Bath practicing artists to show work at their July exhibition in Kaposvár. They included four from the Bath Society (Jean Whitley-Smyth, Jean Cecil, James Connolly, David Moxon), Brian Elwell from Bath Artists’ Studios, plus Rob Daru BKTA member and a lecturer at the City of Bath College. 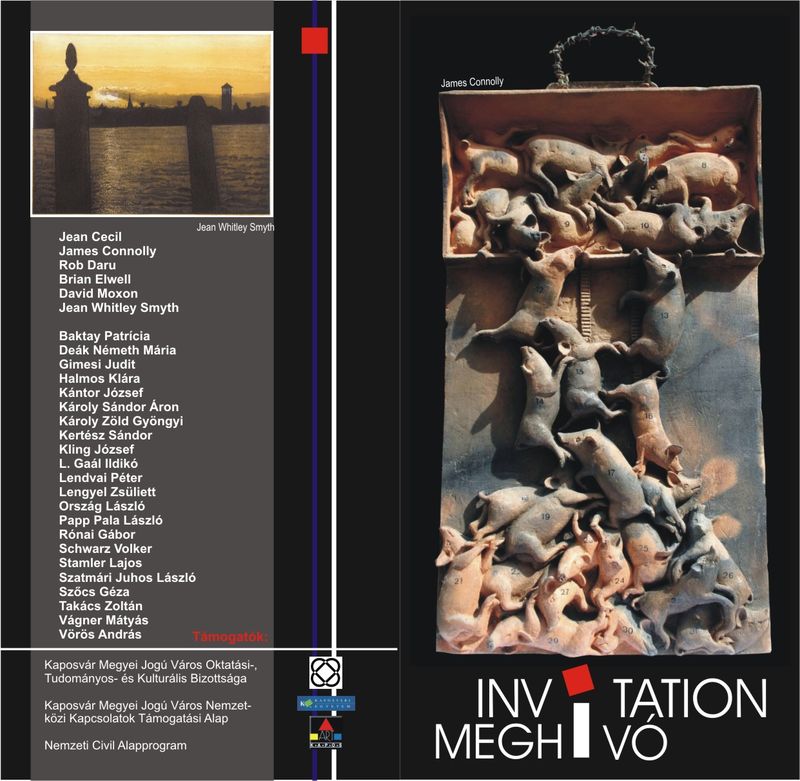 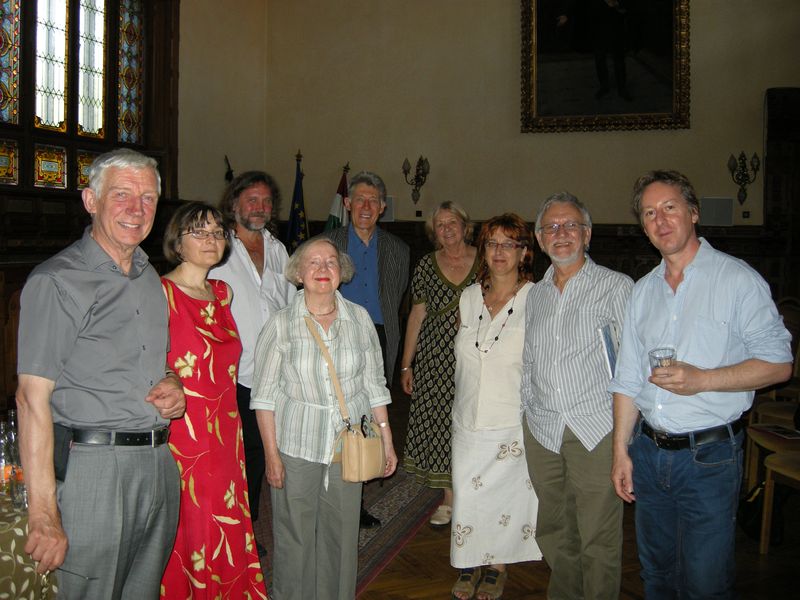 The sun shone, it was hot, wonderful hospitality, which included a visit to Lake Balaton, the largest freshwater lake in central/easton Europe and a very relaxed evening at the Studio of Klára Halmos and András Vörös. Upon their return to Bath, Brian Elwell of Bath Artists’ Studio offered to provide BAS Gallery Space to the BKTA for a return by KaposART to exhibit in 2011. A third chain in a bond developing between Bath/Kaposvár fine artists. 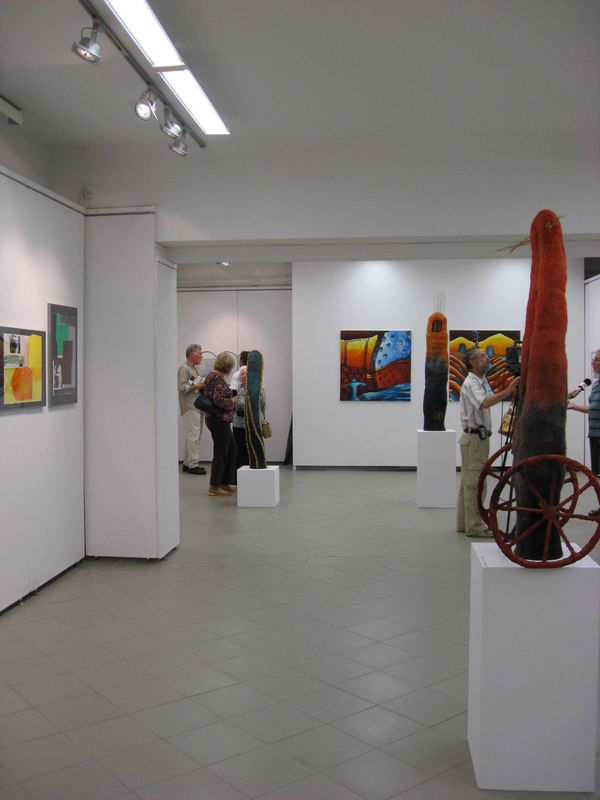 KaposART was founded in 1990 and is based in Kaposvár. It is also known as the Association of Fine and Applied Arts. It has 44 members: graphic artists, painters and applied arts from Hungary and across the border. It contributed to the Foundation of Alliance of Societies of Hungarian Artists and Artists of Applied Arts.

The Foundation regularly exhibits nationally and overseas. These include:

KaposART is the founder of the International Art Camp in Barcs, a place for the joint-creation of work by artists from across European countries. It invites artists with painting, media, printing and computer graphic workshops to share culture and experience. KaposART owns a Grotesque Collection and a collection of art from the Barcs Art Camps.

Bath Artists’ Studios in partnership with the BKTA welcomed our 6 friends from KaposART and founded in Kaposvár for a week in September 2011 to exhibit their work at the Studio’s Gallery in Bath.

It was an exhilarating time for renewing old friendships and becoming acquainted with other artists who had never been to Bath before. As to be expected, they introduced us again to a world of vibrant contemporary Hungarian art; all spectacularly shown in the excellent gallery space of Bath Artists ’Studios. The Mayor of Bath, Cllr Brain Chalker came to open the exhibition and gave a lot of time looking at the work on show and talking to the Hungarian artists. He also took the opportunity to become acquainted with Bath Artists’Studios and the success of this artistic community in the city. 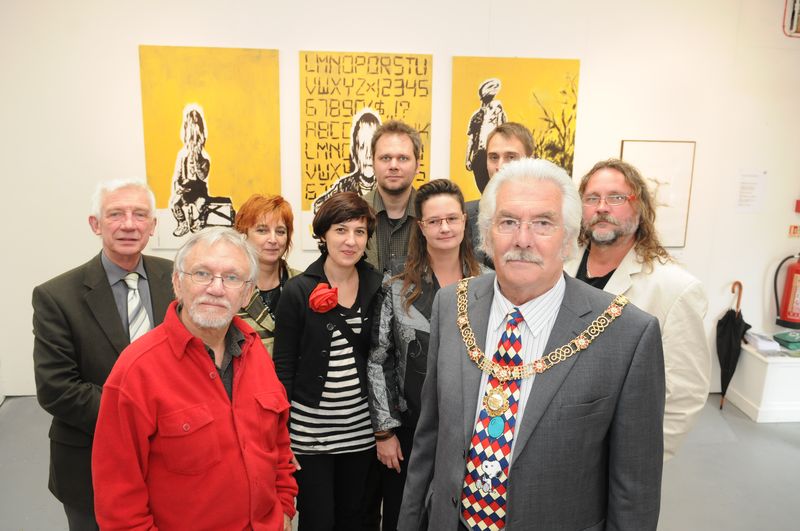 During their stay our visitors were able to become familiar with the founding co-operative principles of the Bath Artists’ Studios by meeting many of the 50 practicing artists in their studios and to explore with Brian Elwell of BAS the intricacy of the UK art market. This latter aspect was brought to life by the diverse crowd who came to the very successful private view of the KaposART exhibition; Bath’s MP Don Foster giving a warm and informal welcome followed by a most enjoyable ‘bring a dish’ supper in the schoolroom. It was a great evening laced by a mountain of food, wine and good company. 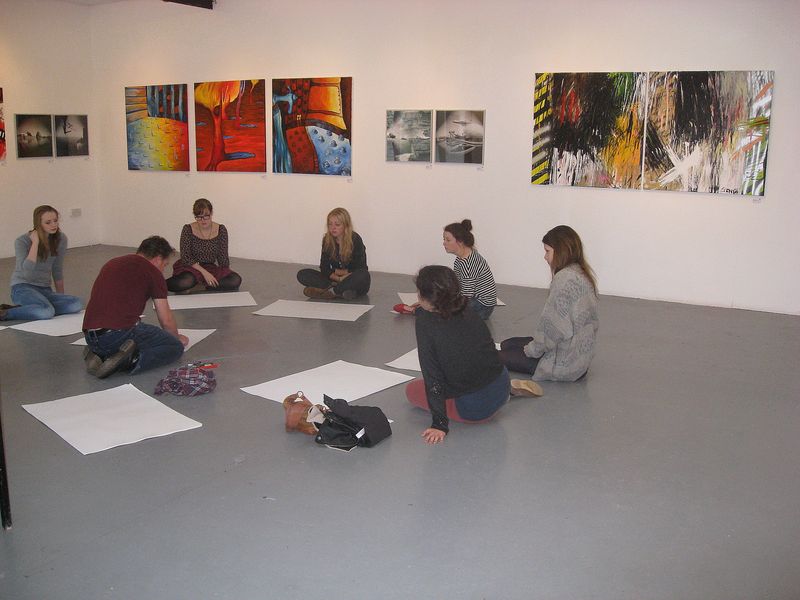 Over the weekend a drawing workshop took place in the Gallery with students drawn from Hayesfield Girls School and the City of Bath College. It was led by our member Rob Daru and informally assisted by Károly-Sándor Áron, one of the Hungarian artists. Speaking to the students it was great to learn they had had an unexpectantly good three hours and fun time to boot.

The week flashed past with the unstinting help of so many members of the twinning association; the hosting of at-home informal suppers and the endless translation of English/Hungarian and vice versa that allowed everyone to truly take part. Upon departure real affection was openly shown by all who were present; the maturing of a link that augers well for the people of Bath & Kaposvár. 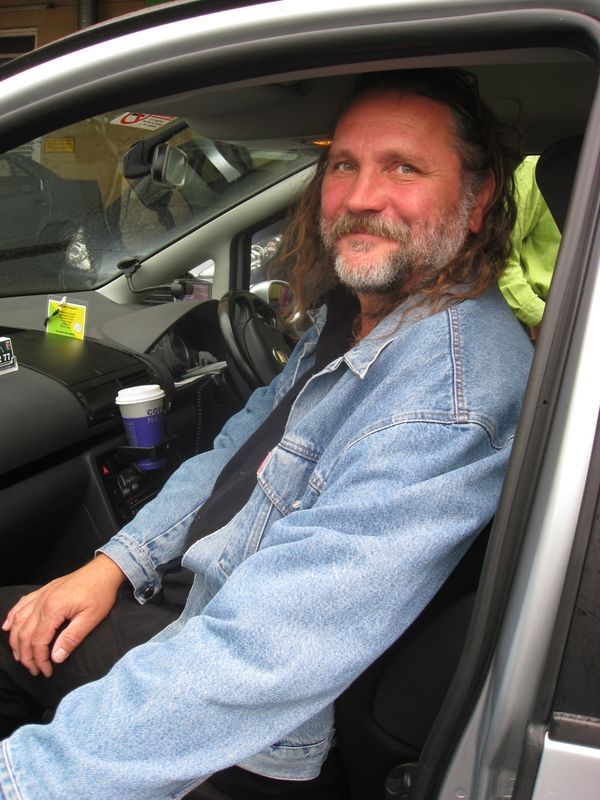