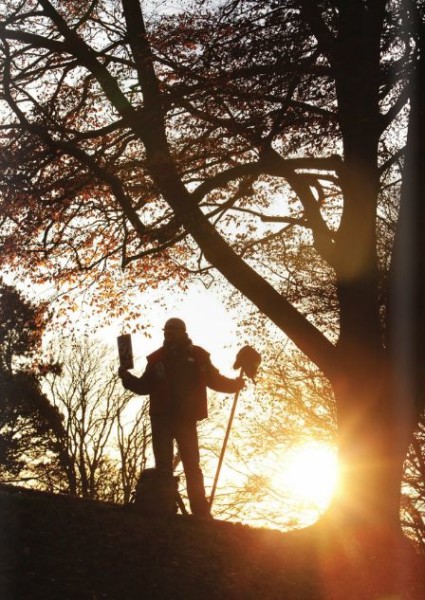 I was born in 1966 in Budapest, Hungary, where around the age of 14 you choose your future career and go to university or college to study your subject. The course is half theoretical and half practical so you work as an apprentice in a local business. I had chosen the catering industry as I wanted to be a chef. I therefore worked some of the time in Hotel Europe and by 18 I was fully qualified. They taught me well as I progressed from cutting onions to making starters and then stews. Eventually I was serving tables. I was then conscripted into the army for my obligatory two years. It was pretty fun actually as I opted for skydiving and jumped 256 times in Siberia and other places. At minus 30 degrees it was good training for the life I was to lead sleeping rough in the UK. I learnt early on that the cold and alcohol do not mix!

I went back to cheffing on leaving the army but life was about to get very interesting as this was the time of the huge upheaval that became known as the Velvet Revolution. It sounds cosier than it was and like most Hungarians I got swept up in the tide of history and took part in the uprising at Hero Square and was there when the Russians were finally expelled at Elizabeth Bridge in 1989. I was awarded the medal of Honour by Joseph Antall for my contribution, but he also told patriots like me that it was no longer safe to remain in the country. I fled to Argentina and settled and worked in the Iguazu area. Ironically with an ex Nazi.

After travelling extensively in South America and Europe I finally returned home in 2000, but the place had become corrupt and poverty was still the norm. An ex KGB man Pater Meggyssy became PM in 2002 so once again it was time for me to leave. I had met a man at a football match, an old revolutionary from the first uprising in 1957, who had lived in England and agreed to help me find a job in Cheltenham. So I found myself working in the Montpellier Wine Bar in Cheltenham from 2004 – quite legally! I then had a succession of good jobs working in Croyde and at Gidleigh Park and the famous Michelin starred Elephant restaurant in Torquay. However these happy days were about to finish and get awkward.

The couple I worked for in Holsworthy split up and I was out on my ear. I lived in a B&B at first but the money I had saved soon went as I was funding my mother’s care at the same time as trying to provide for myself. After living rough for a while I came to Bath with £2 in my pocket and started selling The Big Issue soon after. My most famous customer was Rolling Stone Ronnie Wood, who bought a magazine for me and gave me £10 for it. I love my job. My place is at The Half-Penny Bridge behind the station. The people at the station gave me a broom so I could sweep it properly. I keep the bridge clean and I have made many friends. I have no desire to go back to my previous life, it’s just too risky!

Article written by: The Bath Magazine