Jim Cook’s 2011 Book presenation to Bath Central Library started a trail similar to the crime investigatory game “Cludo” which led to a dialogue, all aided and abetted by BKTA member Cyd LeeFox who assiduously captured books, CDs and DVDs from people, friends and well-wishers. She then miraculously and regularly dispatches via a well-disposed Hungarian carrier to Kaposvár’s City Library. As the donated loot piled up in Kaposvár, the precious duly signed partnership letters arrive during 2012/13. June Wentland from Bath Library and Cyd accept an invitation to take part in a 2013 Kaposvár EU Citizen Workshop, it facilites face-to-face time with Katalin Horváth, Kaposvár’s Chief Librarian. Later June exclaims; “I love the tree lined streets, the sculpture of a women outside the Kaposvár’s library celebrating the work of the mainly female staff who work there. Making personal contact will truly help to build this most vital link between Bath and Kaposvár”. 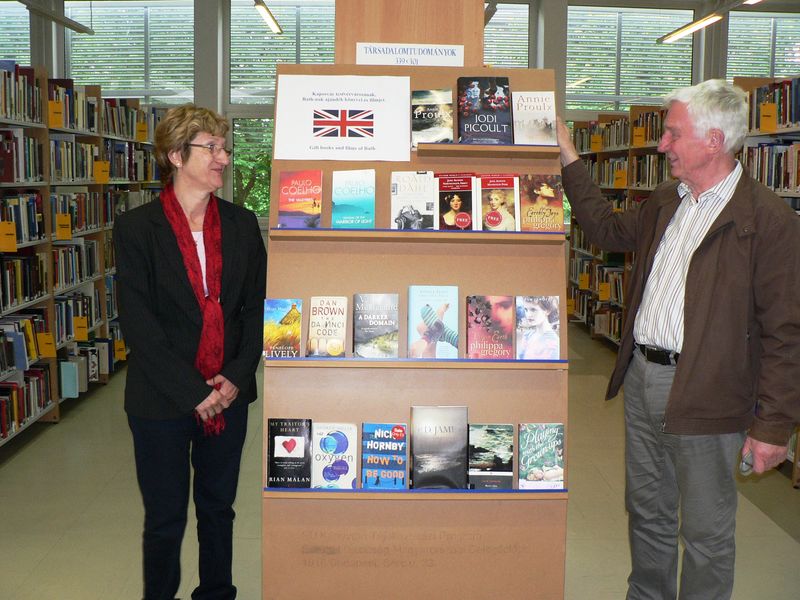 Later, Kinga Futo Kaposvár’s International Officer enabled Peter of BKTA to enjoy with Katalin the unveiling of the procured evidence, three years in the making of effort by everyone, now a reality and surely a day to be remenbered! 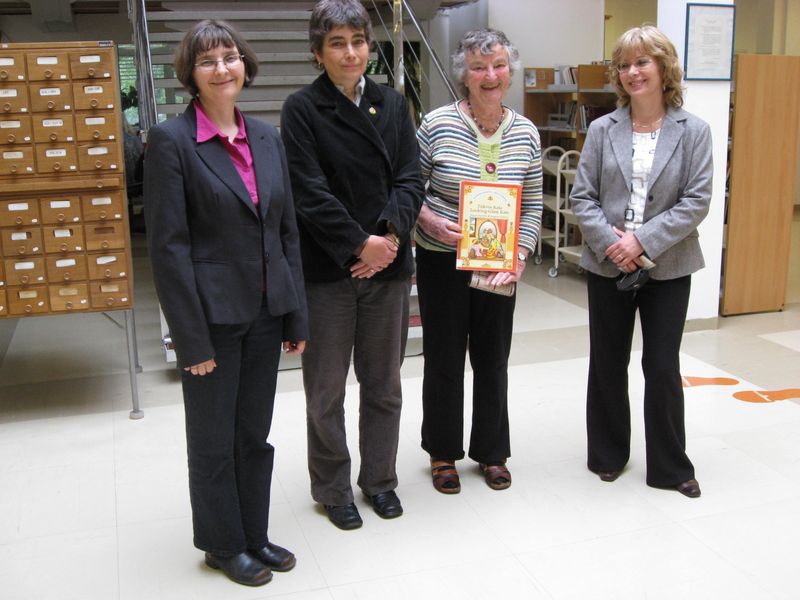 On-going 2014/15 liaison is consolidating the Bath-Kaposvár Library Partnership, Bath Library articles and newsletters are generously translated from English to Hungarian for the benefit of all age groups – truly enriching and fun.