Erno Rubik: how we made Rubik’s Cube 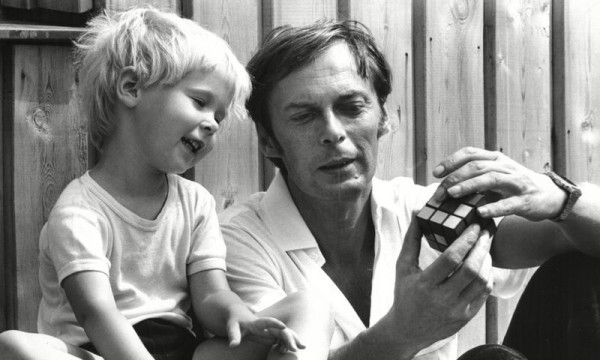 In the mid-1970s, I was teaching design at the Academy of Applied Arts in Budapest. I was searching for a way to demonstrate 3D movement to my students and one day found myself staring into the River Danube, looking at how the water moved around the pebbles. This became the inspiration for the cube’s twisting mechanism. The fact that it can do this without falling apart is part of its magic.

I experimented in my mother’s flat, using wood, rubber bands and paper clips to make a prototype. I needed some sort of coding to bring sense to the rotations of the cube, so I used the simplest and strongest solution: primary colours. Putting the stickers on the finished cube felt very emotional. I knew it was revolutionary. The moment I started twisting the sides, I could see it was a proper puzzle – but what I didn’t know was whether it could be solved. It took me weeks: there are 43 quintillion permutations!

Once I’d cracked it, I knew it could sell. But I took three years to get it to market. First, a firm called Politechnika manufactured it as Buvos Kocka, or Magic Cube. Then a salesman called Tibor Laczi told me he could get it distributed on the other side of the iron curtain. He has since described me as being “terribly dressed, looking like a beggar, with a cheap Hungarian cigarette hanging out of my mouth”.

He told me we could sell millions and took it to the 1979 Nuremberg toy fair where it was seen by Tom Kremer, who was the key to getting global distribution. I’ve always kept my distance from the business side, though. I feel more like a father to a child: my cube inspired thousands of “twisty puzzles” and I’m amazed how it continues to excite new generations. People have taken cubes underwater and to outer space. On the 40th anniversary, I was in New York to see the Empire State Building light up in its colours.

I never imagined it would become a global craze. It became the bestselling toy of all time, with 350m sold. The world record was broken again recently, too. It now stands at an astonishing 5.25 seconds. Teenagers are fastest. I was 30 when the cube was born, so was never in the same league. My average was always about a minute.

Tom Kremer, the early mentor of the cube, is my father so I was one of the first people in the UK to get one. I was doing my A-levels and it proved a fantastic distraction. According to my dad, the cube wasn’t a big sensation at the Nuremberg toy fair: it was just a small thing in a backwater section at this huge event. And his curiosity was only aroused by the fact that he heard the people in charge of the cube speaking Hungarian, a very unusual language. He went over, had a look and got involved.

He licensed the rights to the Ideal Toy Company and it became the first puzzle ever to be advertised on TV. The company were in the last chance saloon. They had games such as KerPlunk but were facing huge debts. Rubik’s Cube saved them for a few years but by 1983, after 300m had been sold, everybody had one. The cube went from world’s greatest fad to zero: there were thousands piled up in warehouses.

In 2013, we acquired the rights and founded Rubik’s Brand Ltd to battle the many fakes and copyright the trademark. We’re now selling 10m a year. It’s pretty much the one Professor Rubik invented, although we recently brought out a version where the tiles are colour-moulded, not stickered – because cheats peel the stickers off! There’s another called The Void, which is like a Rubik’s Cube but with a hole in the middle. It might actually be harder to solve.

My son can do a Rubik’s Cube in under a minute, but people are generally impressed if you can solve one at all. If I ever take one on to the tube, I find that by the time I’ve done it, the whole carriage is watching.