Celebration of Kaposvár’s Birthday – in partnership with the Mayor’s Office a series of 12 A3 size coloured photos (funded by the BKTA) depicting a people led focus of Bath arrived in the New Year and I am glad to say they will be shown at the planned Twinning exhibition at the end of May in Kaposvár.

The under 12s Bath City Football Gladiators in front of the Holburne Museum ready for the next game. They are one of the teams from the Bath City Youth Club that enables over 300 boys and girls, aged 6 to 18 years to play the beautiful game in league matches within Bath and the surrounding area. 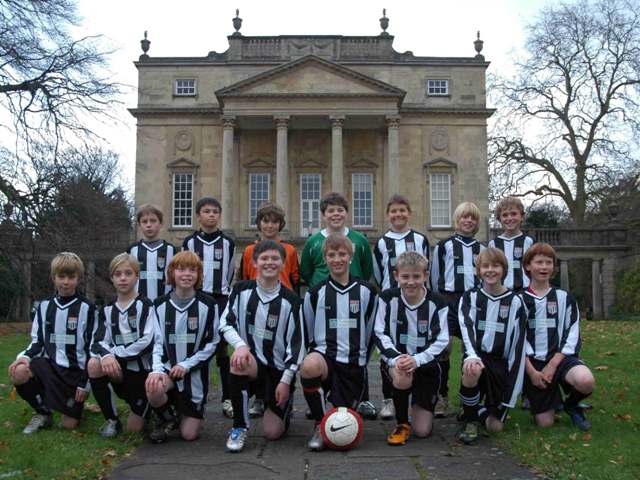 The square outside Bath’s 16th century Gothic Abbey and the 2000 year-old Roman Baths is a focal point where people gather and enjoy the many different street entertainers who perform throughout the year. 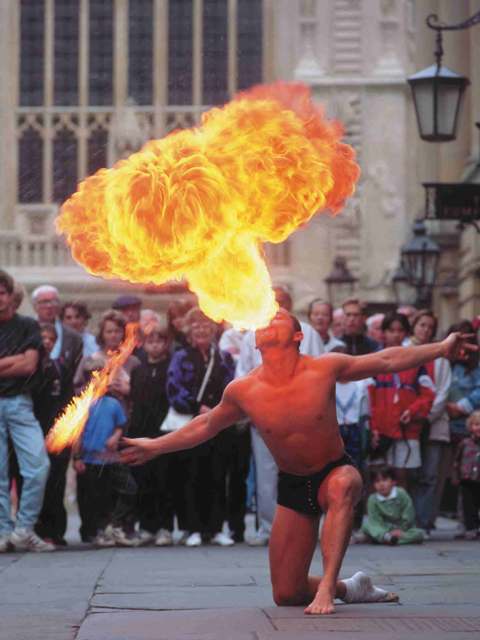 Peter Brown is a Bath based artist, an all weather painter of street scenes and landscapes in the City of Bath. He works in charcoal, oil and pastel. He is affectionately known as ‘Pete the Street’. 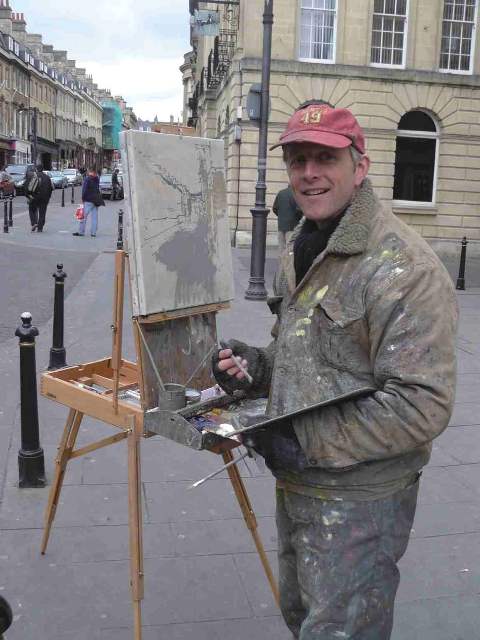 The gilded bronze head of the Celtic/Roman Goddess Minerva, guardian of the sacred hot spring water, which after 2000 years continues to flow into the Roman Baths. The Gorgon’s Head at the centre of the pediment over the entrance to the Sulis-Minerva Temple situated within the Roman Baths complex. Today the head is also the symbol adopted by the University of Bath. 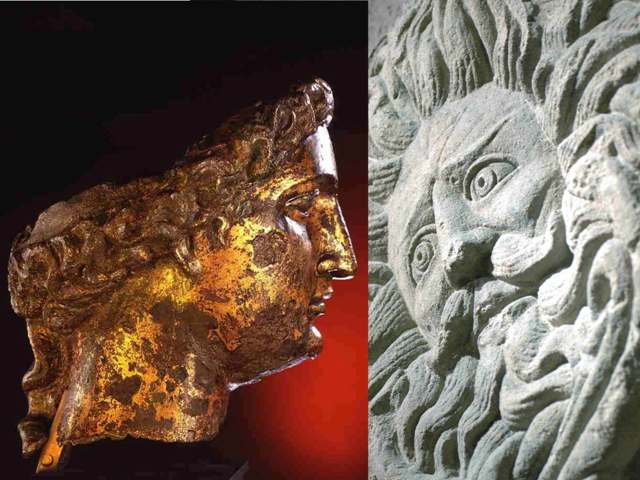 The Goddess Sul-Minerva and the Gorgon’s Head 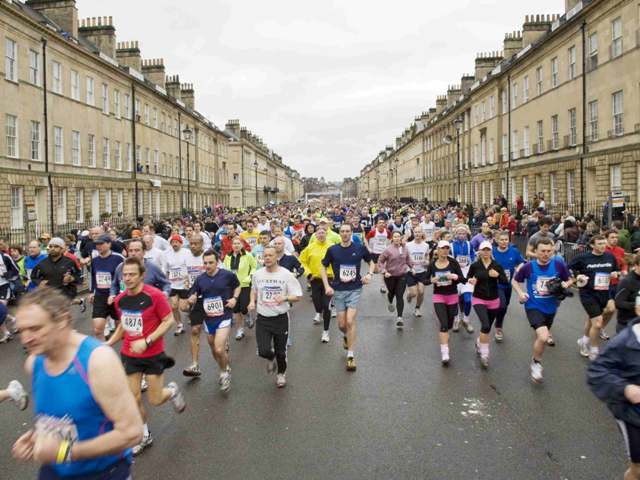 The Kennet and Avon Canal opened 1810 designed to provide the quickest trading link between Bath, Bristol and London. Today, it is a popular leisure route for narrow boats, cyclists and walkers. 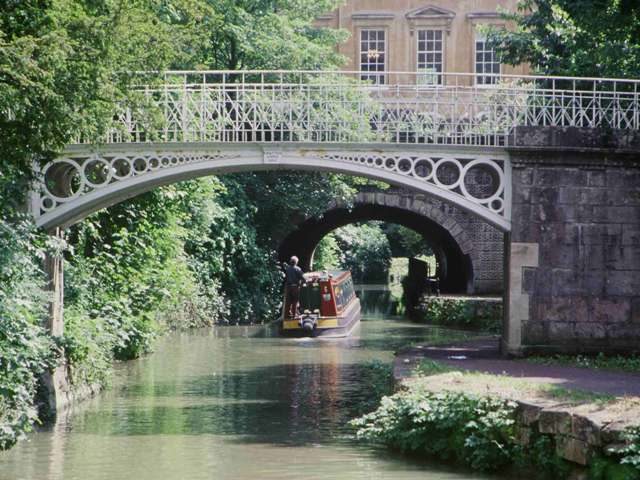 Royal Crescent and the King’s Circus from the sky

Bath’s 18thcentury town planning and architecture is one of the Outstanding Universal Values of the UNESCO World Heritage Site. The scale of the planning achievement can best be enjoyed from the air in a colourful hot air balloon. 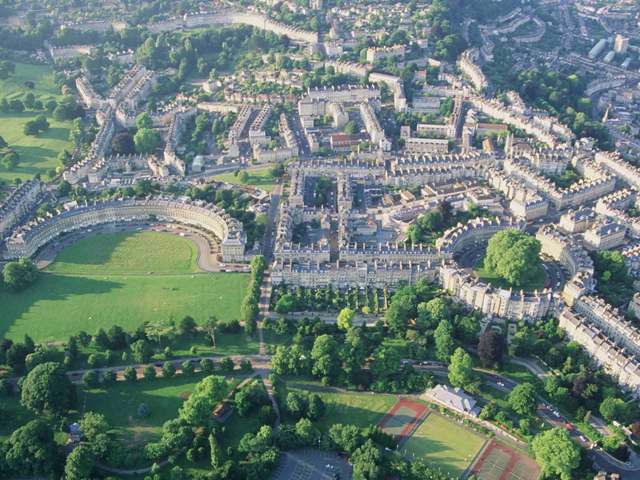 Narrow Boat on the canal by Sydney Gardens

Founded in 1865 and currently lying third in the 2008 Guinness Premiership, Bath Rugby Club is a famous name in British rugby and the first English team to win the prestigious Heineken European Cup (1998). 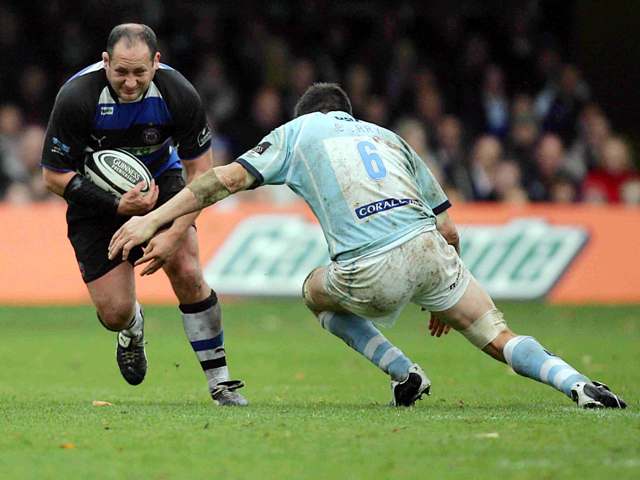 Bath is a city built in a valley surrounded by seven hills. The Georgian terraces hug the hillsides and the local Bath golden coloured stone reflects the light. 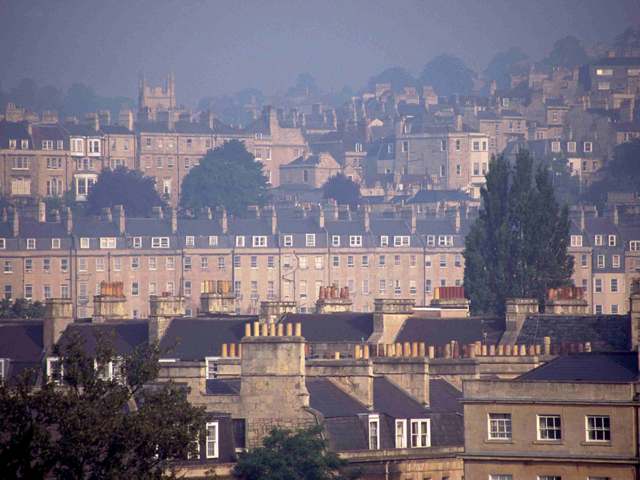 Early morning – Rooftops and the Paragon

Sally Lunn was a Huguenot refugee from France who arrived in Bath in 1680. Her tea rooms are one of the principal tourist attractions in the city that still serve her distinctive buns. 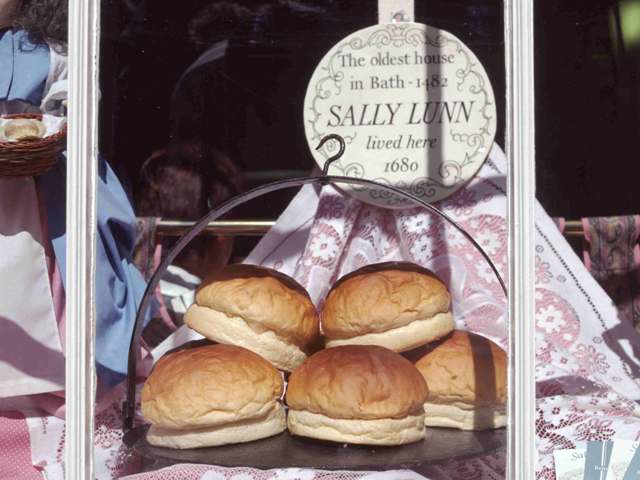